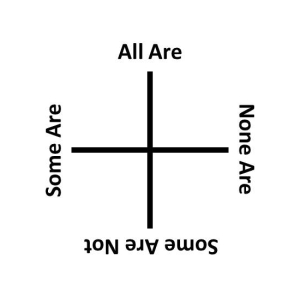 Some readers may think I’ve never met a fourfold I didn’t like. However, there are several that I haven’t presented here because they don’t seem to play well with the others. The Square of Opposition, created by Aristotle, is one such fourfold. The four logical forms of the square are relations between a subject and predicate, S and P, and supposedly exhaust the possibilities of belonging: Some S are P, Some S are not P, All S are P, and No S are P (or All S are not P).

In the diagram I have removed the S and P, and the logical forms become spare and like a Zen Koan or nursery rhyme: Some Are, Some Are Not, All Are, and None Are (or All Are Not). By doing so, they resonate more brightly with the other fourfolds and how they are presented herein. Now, the logical forms can be about existence, or the subject and predicate withdraw and become implicit to the thought.

Also, consider the four edges between the four logical forms, and label the common terms. Then the important fourfold of Are, Are Not, Some, and All is shown. 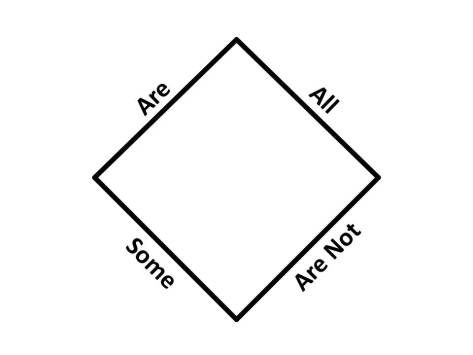 Compare and contrast the Square of Opposition to the Tetralemma and the Semiotic Square.

The 3rd World Congress on the Square of Opposition is soon to convene. May the meeting be rewarding!

2 thoughts on “The Square of Opposition” 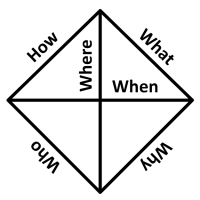 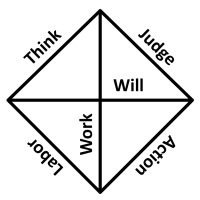 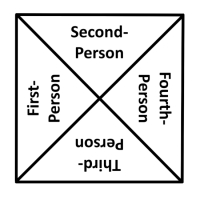