I don’t take responsibility at all.

There’s going to be a lot of death.

Above is the Eisenhower Matrix, but below detailed for the current president in this pandemic year.

Do First: Deny, diminish, blame. Say the coronavirus is a hoax, that it is under control and cases will go to zero, and that it will vanish with the spring. Blame previous administrations for all mistakes (bad tests that don’t exist, lack of Federal stockpiles), news media that are critical or ask probing questions (nasty, no-talent), and China. Pass on tests offered by WHO. Criticize states and medical professionals for asking for needed ventilators and PPE.

Eliminate: Eliminate pandemic response team created by Obama in 2017. Fire public servants for doing their jobs (Inspector Generals, civil servants, state department individuals). The PREDICT initiative for tracking potentially dangerous viruses was eliminated in September of 2019 when the funds ran out. In addition, eliminate (almost) everyone in the administration that might tell the president that he is wrong or making a bad decision. Just in: eliminate the top oversight IG for the 2 trillion dollar virus relief funds.

Delegate: Delegate critical decisions and coordination to unqualified individuals, such as VP Mike Pence and security-whatever Jared (“the federal stockpile is ours”) Kushner. Say the states need to find their own ventilators and PPE, and then use federal government to intercept their orders. Delegate everything that is difficult or might make this president look bad, so they can take the blame. (“I don’t know them.”)

Do Last: Take credit for doing a “great” job and having “great” ratings (and continuously throughout). Feel good if there are only 100 to 240 thousand American deaths. Expect a grateful nation to re-elect him for a second term. Take a bow (hopefully out)! 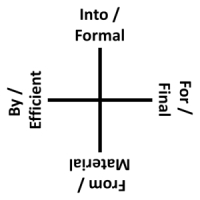