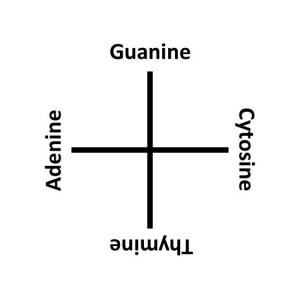 DNA neither cares nor knows. DNA just is. And we dance to its music.

DNA, the genetic code and biological machinery all life on earth shares, has been in the news lately. It was once thought that much of our DNA was useless junk, but recent research reveals that this portion of our DNA is very important to the operation of epigenesis. This portion of DNA could be called dark bio-matter, or better dark bio-information or even dark bio-code, since it contains switches and instructions that guide each individual organism’s developmental growth through time.

Previously, the parts of DNA thought to be important were those regions that define the proteins that assemble to form our tissues. Mutations in the DNA that specify proteins can lead to disease because the mutated proteins cannot perform the functions that they need to. Of course, mutated proteins can also be improved and increase health. Comparing protein sequences across species shows that we have many commonalities as well as important differences with our animal cousins. What was once considered a “great chain of being” is now thought to be a great tree of life, all shown by DNA.

DNA is also a fourfold, and a double dual as well, since for the four bases Adenine (A), Thymine (T), Guanine (G), and Cytosine (C): A pairs with T, and G with C. I am not saying that DNA is analogous to the other fourfolds presented here, but it makes a nice diagram.

Why does DNA have four bases and not two, like binary computer code?

Even more of DNA determines our health and variation, the things that make us who we are. Does that constrain us even more, or will this knowledge make us more free?

One thought on “The Four Bases of DNA” 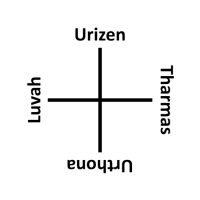 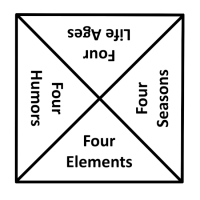 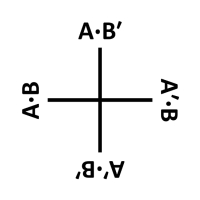 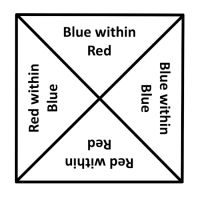 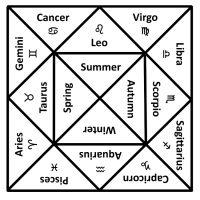